Last month I turned 35, and to celebrate I hosted a party, themed Elegant Disney. I invited my guests to disneybound (using regular clothes to represent a Disney character) and they all did – nothing I had counted on, but was thrilled by. Using things mostly from around the house, I had created small installations representing different films.

This was inspired by Ariel’s collection in The Little Mermaid – unfortunately I don’t have a candelabrum, but it looked nice enough anyway.

I had the boots left from my Jane Porter cosplay, but the dress is, unfortunately, long gone, so I had to dig out some other (ugly) yellow fabric. A piece of purple fabric, a dip pen and some vintage books brought it together. 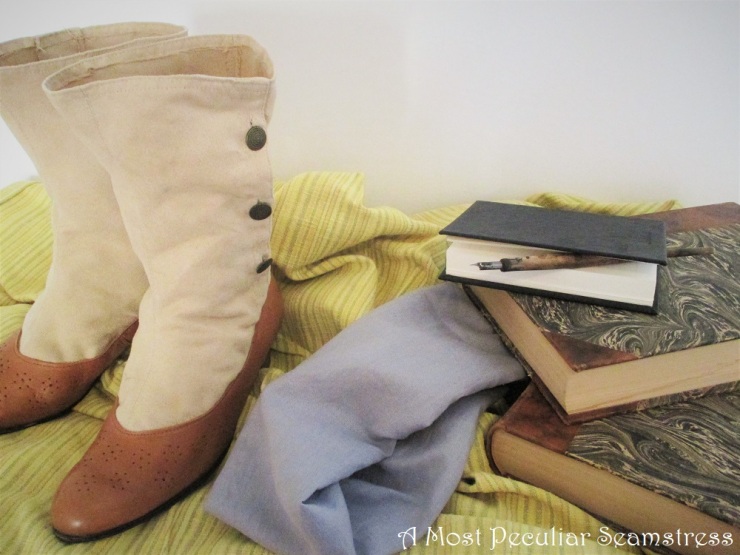 Of course the Beast’s rose was supposed to have gone in the bell jar, but something went wrong and I never got the rose. Ah well, I used it to display Snow White’s apple instead. My children, after a little hesitation, had lots of fun eating it a day or two later, pretending to faint as they did so. 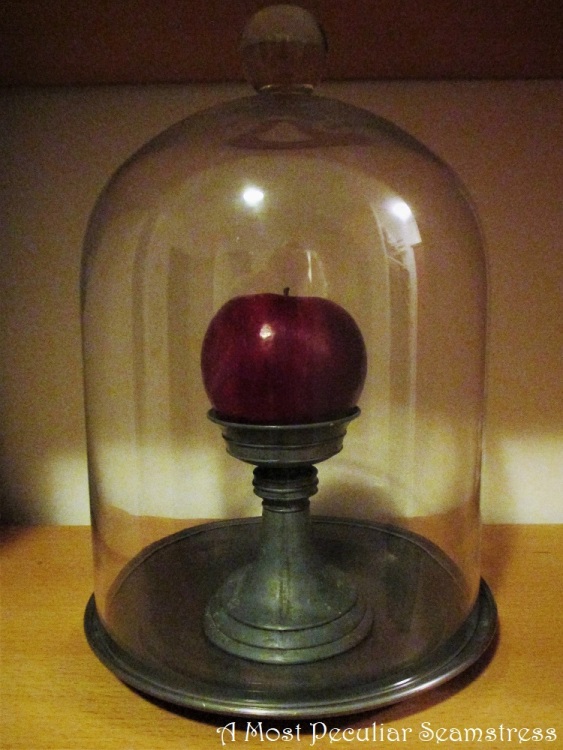 Having made the mouse for this, I had everything I needed for Cinderella’s corner: a book with fashion plates, fabrics, lace, beads, spools of threads.

I had made lanterns of different shapes and sizes from tea dyed paper, on which I painted with water colours. I put them in the spice rack, hinting at them floating. In the film it’s only the lantern sent up by Rapunzel’s parents that has the sun painted on it, but I couldn’t help myself, they were so fun to paint. 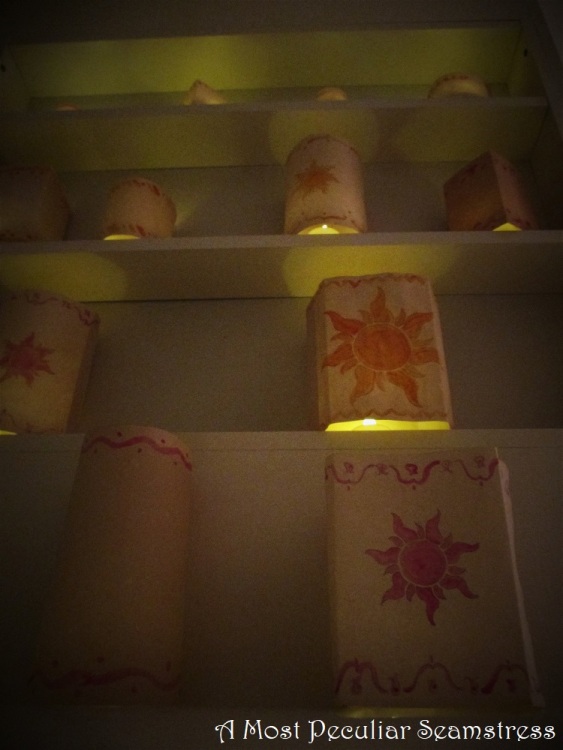 Peter Pan’s cap, John’s top hat, Michael’s teddy bear. I couldn’t think of something for Wendy, so I took a clock for Hook/the crocodile instead. 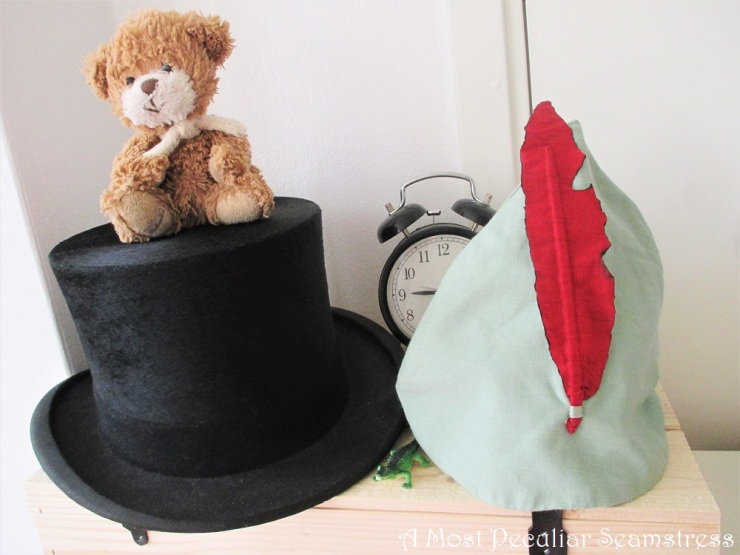 Another teddy bear, combined with chests, teal and plaid fabrics, and a pewter tankard represented the film Brave.  The teal fabric will eventually be made into a Merida inspired dirndl. 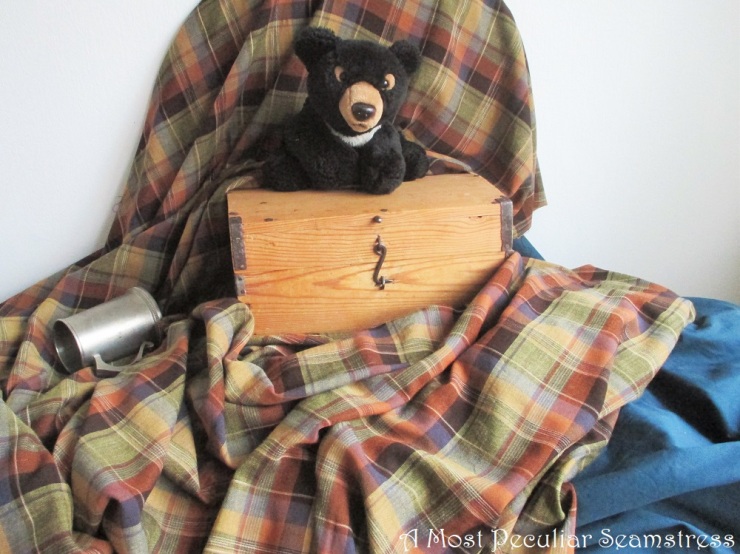 In the end I had nothing for Beauty and the Beast, which is ironic, as Belle is my favourite Disney princess, but the rest turned out nice, especially for having no money and only little time. I’d love to do this again sometime – maybe when I turn fifty?